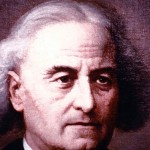 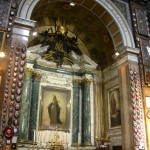 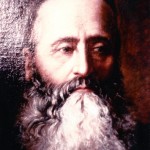 Theodore Ratisbonne was born in Strasbourg in 1802 into a Jewish family, of German origin, which was in the process of assimilation. From his adolescent years, he searched for the truth. When he was twenty, he began to discover it through Professor Louis Bautain whose philosophy was inspired by a biblical vision of the world and of history, and from Madeleine Louise Humann, an intelligent, warm hearted woman whose life of faith was rooted in Holy Scripture. Theodore discovered Jesus Christ who became the centre of his life. In him, he perceived the continuity of the two Testaments and understood that God is love. These three words were the unifying element of his Christian and priestly life until his death on January 10, 1884.

On January 20, 1842, his youngest brother, Alphonse, suddenly received, through Mary, the grace of the Christian faith. Theodore then knew that the moment had come to begin the work to which he had already felt irresistibly attracted: to co operate in God’s plan of love for the Jewish people.

He founded a work which met a temporary need and which was in keeping with the Church’s understanding at that time. In September 1843 in Paris, Sophie Stouhlen and her companions, under the direction of Father Theodore, undertook the education of a few Jewish girls who had been confided to him by their parents. Very soon these women asked to commit themselves to the religious life. Thus the Congregation came into being. It received approbation from the Holy See on September 8, 1863.

In the first rule of 1863, Father Theodore foresaw th existence of contemplative sisters whose first community came into being in 1926 with Mother Christine.