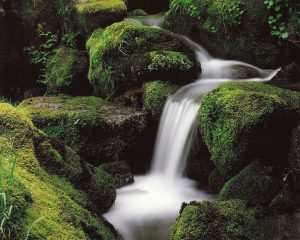 In fact, even though it is not possible to establish an exact chronological point for identifying the date of Mary’s birth, the Church has constantly been aware that Mary appeared on the horizon of salvation history before Christ. It is a fact that when “the fullness of time” was definitively drawing near-the saving advent of Emmanuel- she who was from eternity destined to be his Mother already existed on earth. (…) began to shine like a true “Morning Star” . For just as this star, together with the “dawn,” precedes the rising of the sun, so Mary from the time of her Immaculate Conception preceded the coming of the Savior, the rising of the “Sun of Justice” in the history of the human race.

Her presence in the midst of Israel-a presence so discreet as to pass almost unnoticed by the eyes of her contemporaries-shone very clearly before the Eternal One, who had associated this hidden “daughter of Sion”